Where did your band name come from?
My parents!

Who’s in the band? What’s your musical background? When did you start playing?
I run the show and get in Sam Mitchell on drums. Eugenie Costello plays violin and a bit of keys while Katherine Philp or Laura Driver plays cello and keys.
I’m a professional cellist, so my musical roots lie in the classical world, which I love. When I decided to do my Masters in cello in 2007 I quickly became side-tracked by the production and composition subjects – hence the band was born!
I started playing the cello in high school but played piano since I was about 4. Laptop I guess I started in ’07 and as for the voice – I feel like I’m starting every day!
How did you meet and when did you get together?
The string players I have known for years throughout the classical scene. I can’t tell you how much I love playing with those gals. As for Sam, he was recommended to me by another drummer about two years ago for his “creative genius” – what can I say… We get together whenever I organise a rehearsal – yep, I’m the boss-lady!
Has your music evolved since you first began playing together?
I would say that it has evolved because I am evolving as a person. There is something about my early material that still gets me, and I know I will never have that innocence again as a writer. I also feel that whatever comes out next will have moved on from my current material. I feel this every time I listen to my recently-completed album. Don’t get me wrong, I am very happy with this album. I’m just looking forward to the next step. Pardon the pun.
What is your creative process?
I wish I had one. Usually I have to be feeling pretty strongly about something and also shove my intellect aside. Despite all my training i never think in chords – just in terms of sounds. I’m not one of those people who writes and writes and writes and then picks out the good stuff. I am more like a maple tree slowly leaking sap.
How would you describe your music to people?
Post-rock. Post-pop. Post-classical. It’s probably best described by the line-up: cello, violin, piano, laptop, drums and voice.
What messages does your music convey?
Not too sure about the message but I hope that it empowers people to feel and to reconnect with themselves if they need it. I actually believe the listener is best at answering that question. For example, I was recently approached by The Oaktree Foundation, a “hip” international charity, as they are keen to use my song ‘Ladders and Snakes’ in their new promotional video. I had written the song about breaking up and getting back together and breaking up and getting back together – “We begin again/We’ve started… We’re together now/We’d parted…” Applied to footage of Haitian earthquake victims, aid being delivered to flood survivors etc, the words suddenly make a much more powerful impact than I’d been aware of. It’s nice when the gods do that. 🙂

Who are your musical influences?
Aaaah. I’ve managed to avoid this question so far and plan to keep it up. So many my head hurts: Radiohead I hope, Bjork, Tori Amos, King Crimson, the Dirty Three, Philip Glass….

What live performance experience have you had?
I was very lucky, and maybe a little crazy, to put my first show on at the Brisbane Powerhouse. Since then I have played The Zoo, The Troubadour, Kiln Art Gallery, Ric’s…
As a cellist my biggest gig would have to have been with Kanye West at the U2 concert in 2007. Yee-hah.
Which songs do you perform most frequently? Do you have a set play list?
Lately I’ve been enjoying playing the tunes in album order. Plus a newbie at the end…
Do you ever play covers?
The only cover we’ve ever done is an instrumental version of a piece for solo banjo a good friend of mine wrote. It’s called ‘Flight.’ It’s very popular on the minimalist scene 😉

What has been your biggest highlight as a musician?
Being able to make a living as a cello player is a big highlight I have to say. Being able to have a go at originals is a real privilege, and one that feels fantastic.
What has been your biggest challenge as a band?
$$$$$$$$!!!!!!
What are your long-term goals as a musician?
I’d love to be able to play more and teach less. Not that I don’t like teaching the cello, it’s just that I loooooove playing music. I guess that translates into having a big enough audience to support what I do. I’m not particularly bent on becoming well-known as a person, but I’d love for my music to go far.
Do you have any tips?
Follow your passion, even if you don’t like the look of the road. Trust yourself more than what other people will try and have you believe.
Where can we hear your tunes online?
Either on itunes – punch in ‘Kathryn McKee’ or ‘Sang Chaud’ – or at www.kathrynmckee.com 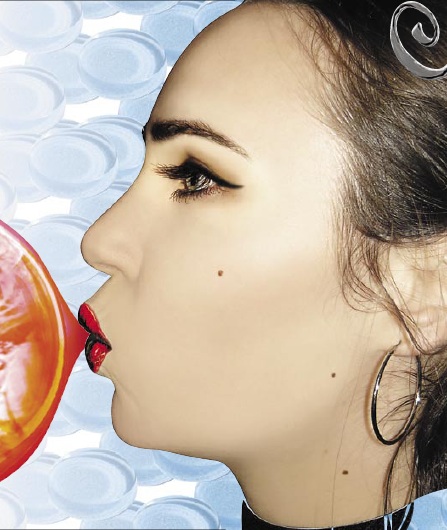 Product added to the cart. You can review you cart here